“There are only two forces that can carry light to all the corners of the globe … the sun in the heavens and The Associated Press down here.”
— Mark Twain 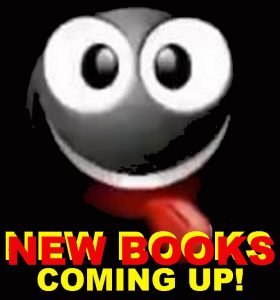 DISCOVER YOUR NEXT GREAT BOOK

BookPage is a recommendation guide for readers, highlighting the best new books across all genres as chosen by our editors. Starred (★) titles indicate a book that is exceptional in its genre or category.

BookPage is editorially independent; any publisher-sponsored content is clearly labeled as such.

London, 1988. Royal fever sweeps the nation as Britain falls in love with the ‘people’s princess’.

Which means for Scotland Yard, the focus is on the elite Royalty Protection Command, and its commanding officer. Entrusted with protecting the most famous family on earth, they quite simply have to be the best. A weak link could spell disaster.

Detective Chief Inspector William Warwick and his Scotland Yard squad are sent in to investigate the team. Maverick ex-undercover operative Ross Hogan is charged with a very sensitive—and unique—responsibility. But it soon becomes clear the problems in Royalty Protection are just the beginning. A renegade organization has the security of the country—and the Crown—in its sights. The only question is which target is next in line…

A fatal accident. A missing teen. A last shot at redemption.

PI Mackenzie Storm left home years ago determined to outrun her haunted past. When her estranged sister convinces her to return, Mack’s visit becomes a nightmare when a tragic accident cuts the sisters’ happy reunion short.

Then Mack discovers a secret promise her sister made to a missing teen. Fuelled by grief and guilt, she is determined to fulfill it. But what is her sister’s connection to the teen? And is it linked to the accident? The more Mack digs, the closer she gets to a powerful killer lurking in the shadows who will stop at nothing to stay hidden.

When her investigation leads to a dark web of child exploitation, it brings up unresolved issues from her own dark, forgotten past. Mack must unlock painful secrets to get justice for her sister and rescue the teen from a ruthless criminal organization.

As deadly forces from within and without rise against her, not even Mackenzie is sure she will survive the coming storm.

Cassie Dewell is in Montana on the trail of a con man.

Private Investigator Cassie Dewell’s business is thriving, and her latest case puts her on the hunt for a slippery con man who’s disappeared somewhere in the “treasure state”. A wealthy Florida widow has accused him of absconding with her fortune, and wants Cassie to find him and get it back. The trail takes Cassie to Anaconda, Montana, a quirky former copper mining town that’s the perfect place to reinvent yourself. As the case develops, Cassie begins to wonder if her client is telling her everything.

On top of that, Cassie is also working what’s easily one of her strangest assignments ever. A poem that promises buried treasure to one lucky adventurer has led to a cutthroat competition and five deaths among treasure-hunters. But Cassie’s client doesn’t want the treasure. Instead, he claims to be the one who hid the gold and wrote the poem. And he’s hired Cassie to try to find him. Between the two cases, Cassie has her hands full.

What happened to Father Marty, a wealthy and corpulent priest . . . and why is he dead? Did Father Paul play a role in the death of his mentor? If so, what role was it, and did he know he played a part?

Was it an accidental death, or worse . . . premeditated murder?

Detective Kate Gazzara doesn’t want this case. She knows it’s a can of alternative lifestyle worms just waiting to be opened, but her boss, Chief Johnston wants it closed… and quickly.

Detective Superintendent Roy Grace finds himself plunged into an unfamiliar and rarefied world of fine art. Outwardly it appears respectable, gentlemanly, above reproach. But beneath the veneer, he rapidly finds that greed, deception and violence walk hand-in-hand. 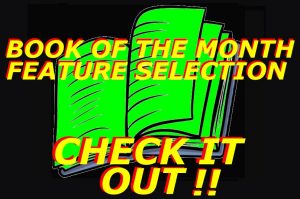 By Roger A. Canaff

A vanished mother, the grip of darkness, a lifelong mystery. Forty years later, a prosecutor faces them all again, this time as a murder suspect in a pulse-pounding legal thriller of psychological suspense.

He confessed to killing three people. He said he did it… for you.

Hannah Rush waited too long to end a bad marriage. Wanting a fresh start, she tries to move on by living a little in the fast lane. She engages in some harmless flirtation with a man at a local coffee shop, but he’s not as harmless as he seems.

One night he murders three strangers in cold blood. Telling the world he did it for Hannah.

An urgent analysis of the battle between Russia and the West and an exposé of Putin’s Russia, by a former Kremlin insider.

Three college students enjoy a fun resort vacation in Mexico…until one of them disappears.

As a frantic search for missing student Avery Jennings begins, everyone is hiding something—Avery’s family and friends, the resort’s staff, and its wealthy guests. It’s up to FBI Special Agent Victoria Heslin to dig deeper. Motivated by her own mother’s abduction years ago, she’s determined not to let Avery become another missing person statistic.

Inspired by, and based on the actual and still unsolved Gilgo Beach murders, The Maze takes the reader on a dangerous hunt for an apparent serial killer who has murdered nine—and maybe more—prostitutes and hidden their bodies in the thick undergrowth on a lonely stretch of beach.

Beasts of the Earth

Harlen LeBlanc’s school maintenance routine is overthrown by an act of violence. As the town searches for answers, LeBlanc strikes out on his own to exonerate a friend, while drawing the eyes of the law to himself and fending off unwelcome voices that call for a sterner form of justice.

Nineteen Ways of Looking at Consciousness

A concise, elegant, and thought-provoking exploration of the mystery of consciousness and the functioning of the brain.

Despite decades of research, remarkable imagery, and insights from a range of scientific and medical disciplines, the human brain remains largely unexplored. Consciousness has eluded explanation.

When two women are found with their throats slit and a music box left at each crime scene, the FBI worries a killer from the past is back.

Agent Derek Reed has an uncanny ability to solve cases that no one else can. When his friend Dr. Chelsea begs him to take over the high-profile case, Derek knows this case may ruin his career.

When soldiers stop wearing uniforms, everyone is a threat.

A bomb detonates at a peace rally in Rome, nearly killing a young Russian dissident. Her idealistic calls for revolution make her a snub to authority. Her familial ties to a shadowy government oligarch make her a target.

While Interpol hunts the rogue terrorist cell, the CIA focuses on the woman. She can be an asset against an old adversary, but deniability is key. They send Vince Carver, a private security specialist, on a high-profile train tour of Europe’s capital cities. Except they’re not the only hard target service going after her.

The Burglar Who Met Fredric Brown

You’ve got a dream job, running your own cozy secondhand bookstore, complete with Raffles, your caudally challenged cat. It’s in Greenwich Village, and your best friend’s dog grooming salon is two doors away, and the two of you lunch together and meet for drinks after work.

And you’ve got another way to make a buck. Every once in a while you put your conscience on the shelf and let yourself into someone else’s residence, and you leave with more than you came with. You’re a burglar, and you know it’s wrong, but you love it.

By L.T. Ryan and Brian Shea

Hatch seeks closure to her past
For the woman who walked through fire
Redemption comes at a price
For Hatch, that could mean her life.

Hatch looks to heal the invisible wound beneath the twisted scar stretching her right arm. A moment’s hesitation on a sand-swept battlefield left her friend and teammate Graham Benson dead. His death leaves a wife without a husband and a child without a father. Hatch sets out to face her greatest fear. Her past.

why the rational believe the irrational

An overarching theory of conspiracy theories—who believes them and why, which ones are real, and what we should do about them.

Nothing happens by accident, everything is connected, and there are no coincidences: that is the essence of conspiratorial thinking. Long a fringe part of the American political landscape, conspiracy theories are now mainstream: 147 members of Congress voted in favor of objections to the 2020 presidential election based on an unproven theory about a rigged electoral process promoted by the mysterious group QAnon. But this is only the latest example in a long history of ideas that include the satanic panics of the 1980s, the New World Order and Vatican conspiracy theories, fears about fluoridated water, speculations about President John F. Kennedy’s assassination, and the notions that the Sandy Hook massacre was a false flag operation and 9/11 was an inside job.