PERCEPTION AND POINT OF VIEW all depends how you look at it

Try to picture a proton — the tiny, positively charged particle within an atomic nucleus — and you may envision a familiar, textbook diagram: a bundle of billiard balls representing quarks and gluons. From the solid sphere model first proposed by John Dalton in 1803 to the quantum model put forward by Erwin Schrödinger in 1926, there is a storied timeline of physicists attempting to visualize the invisible.

Check out the amazing pictures!

The Neuroscience of Optical Illusions

“Reality” is constructed by your brain. Here’s what that means, and why it matters.

“It’s really important to understand we’re not seeing reality,” says neuroscientist Patrick Cavanagh, a research professor at Dartmouth College and a senior fellow at Glendon College in Canada. “We’re seeing a story that’s being created for us.”

Why Scientists Are Worried About the W Boson And things have changed!

And that something could totally change one of the universe’s most fundamental frameworks.

You’ve probably heard of protons, positive specks anchoring atoms. You’ve likely come across electrons, negative blips roaming around those protons. You may have even pondered photons, the stuff coming out of light bulbs in your room.

But right now, we need to worry about an odd little particle that usually escapes the limelight: the W boson.

The Earth Is Collaborating with a Galactic Federation 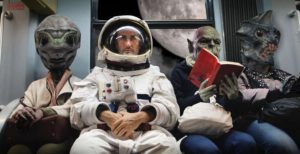 The former head of Israel’s Space Security Program, Haim Eshed, has either just spilled the biggest secret in world history, or is deeply delusional. Eshed allegedly claims a Galactic Federation has been in touch with the governments of the United States and Israel but asked for its existence to be kept secret.