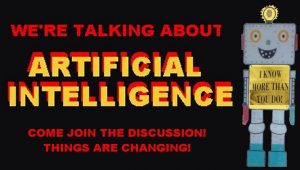 Our Human Future in an Age of Artificial Intelligence

What does it mean to be human in an age where artificial intelligence agents make decisions that shape human actions? That’s a deep question with no easy answers, and it’s been on the mind of Dan Huttenlocher SM ’84, PhD ’88, dean of the MIT Schwarzman College of Computing, for the past few years.

“Advances in AI are going to happen, but the destination that we get to with those advances is up to us, and it is far from certain.”
— Dan Huttenlocher, PhD

The Future of AI Is Thrilling, Terrifying, Confusing and Fascinating

Derek Thompson and bestselling author Steven Johnson discuss what advancements in AI will mean for the future of work, morality, and economics.

In 50 years, when historians look back on the crazy 2020s, they might point to advances in artificial intelligence as the most important long-term development of our time. We are building machines that can mimic human language, human creativity, and human thought. What will that mean for the future of work, morality, and economics?

Bestselling author Steven Johnson joins the podcast to talk about the most exciting and scary ideas in artificial intelligence and an article he wrote for The New York Times Magazine about the frontier of AI. Part of their conversation is excerpted below.

“And humans formed machine from the dust of the ground and breathed into its nostrils the breath of life; whence it became a living soul. And they called it biotoid.”

Because of its ethical and humanitarian liability, it remains hushed and whispered within the scientific community. Just the attempt of it must be hidden to avoid global outrage. Making it will be permanent, and regardless of whether it brings the world joy or bitterness, it will divide us. Whether it is censored by nature or draws God’s wrath, it will leave us all questioning our decision to tinker with something we were never meant to.

The Metaverse as a concept has been around for a few decades.

However, interest in the virtual world spiked at the end of 2021 following a rise in sales of non-fungible tokens (NFTs) as well as announcements from Big Tech players indicating their interest and investment in the space.

In the report that follows, we discuss the possibility that the Metaverse is moving towards becoming the next iteration of the internet, or Web3. This “Open Metaverse” would be community-owned, community-governed, and a freely interoperable version that ensures privacy by design.

Fidelity in the Metaverse

Fidelity in the Metaverse

The Age of AI

and our human future

Three of the world’s most accomplished and deep thinkers come together to explore Artificial Intelligence (AI) and the way it is transforming human society—and what this technology means for us all.

An AI learned to win chess by making moves human grand masters had never conceived. Another AI discovered a new antibiotic by analyzing molecular properties human scientists did not understand. Now, AI-powered jets are defeating experienced human pilots in simulated dogfights. AI is coming online in searching, streaming, medicine, education, and many other fields and, in so doing, transforming how humans are experiencing reality.

In the Age of AI

A documentary exploring how artificial intelligence is changing life as we know it — from jobs to privacy to a growing rivalry between the U.S. and China.

Artificial Intelligence and the Future of Government

By Centre for Public Impact

The Centre for Public Impact is investigating the way in which artificial intelligence (AI) will change outcomes for citizens.

Why is it so damn hard to make AI fair and unbiased?

There are competing notions of fairness — and sometimes they’re totally incompatible with each other. Computer scientists are used to thinking about “bias” in terms of its statistical meaning: A program for making predictions is biased if it’s consistently wrong in one direction or another. (For example, if a weather app always overestimates the probability of rain, its predictions are statistically biased.) That’s very clear, but it’s also very different from the way most people colloquially use the word “bias” — which is more like “prejudiced against a certain group or characteristic.” 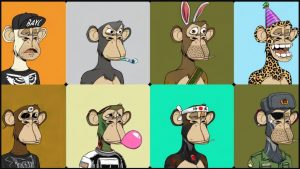 here’s what we must do

Developers of artificial intelligence must learn to collaborate with social scientists and the people affected by its applications.

Beginning in 2013, the Dutch government used an algorithm to wreak havoc in the lives of 25,000 parents. The software was meant to predict which people were most likely to commit childcare-benefit fraud, but the government did not wait for proof before penalizing families and demanding that they pay back years of allowances. Families were flagged on the basis of ‘risk factors’ such as having a low income or dual nationality. As a result, tens of thousands were needlessly impoverished, and more than 1,000 children were placed in foster care.

Things you must know about our future

Do you wonder how artificial intelligence will impact our society in the post-COVID-19 world?

Discover how technological breakthroughs in AI will change your world.

Lasse Rouhiainen is here to demystify the AI revolution and show you how this transformative technology will profoundly help humankind.

The Philosophy of Mind and Consciousness Has Affected AI

the ai in a jar

By Ben Dickson — The Next Web TNW

Artificial Intelligence (AI) is one of the most pervasive technologies in use today. With the human language being the medium to how we communicate, it is no surprise that Conversational AI (CAI) is becoming the most prominent frontier of this technology.

in a promising new Memristor

This Quantum device points the way toward an exponential boost in “smart” computing capabilities.

Recent years have seen computing advance in two major ways—breakthroughs in machine learning to develop algorithms that improve automatically through experience, and research into quantum computers that can theoretically prove more powerful than any supercomputer. Now scientists have created the first prototype of a device known as a quantum memristor, which might help bring together the best of both of those worlds—combining artificial intelligence with quantum computing for unprecedented capabilities.

This is a globe-trotting, techno-spy thriller with pop-culture references and even its own Spotify playlist! This novel is set in richly detailed locations around the globe and features today’s technologies extrapolated for tomorrow, including cryptocurrency, drones, and SpaceX rocket ships.

They are willing to hold the world’s governments hostage to achieve their goals.

Will Quantum Theory and Relativity Meet at the Nanoscale?

In the world of physics, Delft scientists have received a grant to use massive quantum objects to probe the incompatible theories of quantum mechanicals and general relativity. And finally, Cornell researchers have developed a thin nanocoating that enables nickel anodes to compete with far more expensive platinum anodes in alkaline fuel cells.

Drive transformational change for your organization by leading the building of systems, products, and services powered by AI.

By Matthew Hutson — The New Yorker

A.I. researchers are making progress on a long-term goal: giving their programs the kind of knowledge we take for granted.

Trained on billions of words from books, news articles, and Wikipedia, artificial intelligence (AI) language models can produce uncannily human prose. They can generate tweets, summarize emails, and translate dozens of languages. They can even write tolerable poetry. And like overachieving students, they quickly master the tests, called benchmarks, that computer scientists devise for them.

ARTIFICIAL INTELLIGENCE WILL CHANGE THE SCRIPT AND THE MUSIC. OUR AWARENESS, POLITICS, AND TRUTH, WILL DETERMINE THE OUTCOME.

Artificial Intelligence is perhaps the most important technology humans have ever invented. Many of them think it may also be their last one. As AI is becoming more widespread and our lives are increasingly dependent on it, the questions about its future direction are gaining power and urgency, and so too are the dreams and the fears.

should we trust what it says?

OpenAI’s GPT-3 and other neural nets can now write original prose with mind-boggling fluency — a development that could have profound implications for the future.

It’s the nature of investing to look for the ‘next new thing,’ the company or technology or product that will bring the next sea-change to its industry – and with it, windfall profits. A look at history will show that these developments are often unpredictable, but they can be recognized early.

Now, artificial intelligence – AI, or machine learning – is poised to take the digital world to its next frontier. Woo-Hoo!

the next big wave in ai

A transformer model is a neural network that learns context and thus meaning by tracking relationships in sequential data like the words in this sentence. Transformer models apply an evolving set of mathematical techniques, called attention or self-attention, to detect subtle ways even distant data elements in a series influence and depend on each other.

By University of St. Andrews — Physics.Org

A special form of light made using an ancient Namibian gemstone could be the key to new light-based quantum computers, which could solve long-held scientific mysteries.

By WYSS Institute for Biologically Inspired Engineering at Harvard

We live in a world created and run by RNA, the equally important sibling of the genetic molecule DNA. In fact, evolutionary biologists hypothesize that RNA existed and self-replicated even before the appearance of DNA. Fast forward to modern-day humans: science has revealed that less than 3% of the human genome is transcribed into messenger RNA (mRNA) molecules that in turn are translated into proteins. In contrast, 82% of it is transcribed into RNA molecules with other functions many of which are yet unknown.

By Tanma Kadam — The EurAsian Times

Researchers from the National Aeronautics and Space Administration (NASA) have teamed up with the US Department of Energy’s Argonne National Laboratory (ANL) to develop artificial intelligence (AI) to enhance the speed of simulations to study the behavior of air surrounding supersonic and hypersonic aircraft engines.

Riding the Wave of AI Innovation

A report published last month by Statista showed the number of AI-focused startups worldwide was 3,465 in 2018, with 1,393 in the U.S. alone.

Financial Service Firms Are Setting Up in the Metaverse

Registered investment adviser Arbor Digital’s new storefront will be designed to look like any other wealth management office, with a newly minted sign hanging from an awning on a piece of finely landscaped real estate.

The only difference is this workplace, slated to open in 2023, won’t be in a brick-and-mortar building downtown — it’s inside the metaverse.

Pondering the Bits That Build Space-Time and Brains

Might the fabric of the universe be built from information?

What does it mean that physicists can even ask such a question?

The Man from the Future

An electrifying biography of one of the most extraordinary scientists of the twentieth century and the world he made.

The smartphones in our pockets and computers like brains. The vagaries of game theory and evolutionary biology. Nuclear weapons and self-replicating spacecrafts. All bear the fingerprints of one remarkable, yet largely overlooked, man: John von Neumann.

A Conversation with Ananyo Bhattacharya

Author of John von Neumann: The Man from the Future

We talk about von Neumann’s upbringing in Budapest, his years pursuing two degrees in two different universities simultaneously, his work in Göttingen, admiration of Gödel, relationship with Turing, work on game theory, contributions to the Manhattan Project, fascination with computing and much much more.